In Prayer, I saw a graph, and the lines were moving quickly downward like what you see for a forecast in the stock market. Then I heard, “Stock Market Crash.” 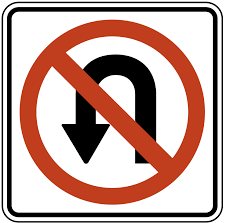 In Prayer, I suddenly saw a U-Turn sign, and immediately after that I saw a graph, and the lines were moving quickly downward like what you see for a forecast in the stock market.

Then I heard, “Stock Market Crash.”

We are living in an unprecedented time, like no other time in history.

I have been sensing that many of The LORD’s beloved are confused, grieved, and panic stricken concerning what they see and hear in their communities, nations, and what’s happening in their personal lives.

The LORD, by His Grace, Mercy, and His Timing is revealing so many Prophetic Words of Jesus. (Matthew 25)

It seems that every time we turn on the news, we see more unfolding before our eyes that screams to me, that we are that very generation that will see the coming of The LORD.

The momentum and swing of the pendulum is building up. and the upswing is being felt even by those who do not know Christ, yet they can sense something is happening and sense that time is speeding up.

Much of what has been kept hidden for millennia suddenly is happening in the world, yet instead of seeking out the truth they hold to error, especially The Church.

When Judgments come, they flock to The Churches, and suddenly The Bible is popular for a time, but because they do not retain Christ in their hearts, they turn apathetic and complacent, it was simply a slap on the hand, and they adapt and fall back to sleep.

I heard about a frog, which, if put into hot water will jump out of the pot, but if the frog is put in lukewarm water, with the temperature rising very slowly, the frog adapts to the rising temperature danger until it is too late, and the frog is cooked to death.

The “boiling frog syndrome” is a metaphor used to describe the failure to act against a problematic situation which will increase in severity until reaching catastrophic proportions. (Boiling frog – Wikipedia)

“If a ram’s horn sounds in a city, do the people not tremble? If calamity comes to a city, has not The LORD caused it? Surely The LORD GOD does nothing without revealing His plan to His servants the prophets. The lion has roared — who will not fear?  The LORD GOD has spoken—who will not prophesy?”   Amos 3:6-8 BSB.

So many have been stuck to structure in an order of man and failed to move on with the order of The LORD.

There are so many people hungry, but so disillusioned in the so-called Church, and there are also many making a mass Exodus leaving the four-wall institution structure of the religious Church, because they cannot find a fit anywhere!

For those of you who are frustrated at not fitting anywhere or feeling restless in a dead dry powerless environment, you are in good company! Many have left choosing to seek The LORD in the privacy of their own homes and other Home Fellowships!

Whether we want to believe it or not, the true Remnant Church has been going “underground” having no connection whatsoever with the government, tax benefits, titles or being politicized for quite some time now.

This Underground Church is where the foundation of Christ our chief cornerstone is being set up by the apostle, prophet, pastor, teacher and evangelist much like the early Church due to persecution.

God is setting us up!  The Remnant has been in hiding (designed by God) and will remain in hiding from all the authorities, but God is the highest authority, and he sees exactly where His Church is!

In a Vision, I have seen upon the hills and the mountains countless numbers of sheep without a shepherd.

However, the Chief Shepherd is watching over his sheep, and He has The Plan!  His Word for you is to Get with The Plan!

Yes, change is painful but if we continue to avoid, deny and resist the struggle and take our ease, we will be living a meaningless, mediocre and unproductive life, just like being a tomb set in stone to settle and wait for death to come.  The most self-centered way of life is to settle into mediocrity.

Scripture confirms that times will get worse and worse, but Christ still calls us to a life of excellence in all ways and to a life of service, suffering, trial, and struggles.

Jesus did nothing until he heard His Father speak.

The Church must learn to function as Christ did when he walked the earth.  And the “Remnant” that is still within the organized religious institutions some will be led out by the hand like the angels did with Lot, others will experience “a Revelation” to see the system already in place and many will Exodus from the corruption of the world and the false religious system that has been set up and established by Satan himself.

In HIS Grace and Mercy,
~ Sherry Edwards Mackey

Catch Of The Day Archives